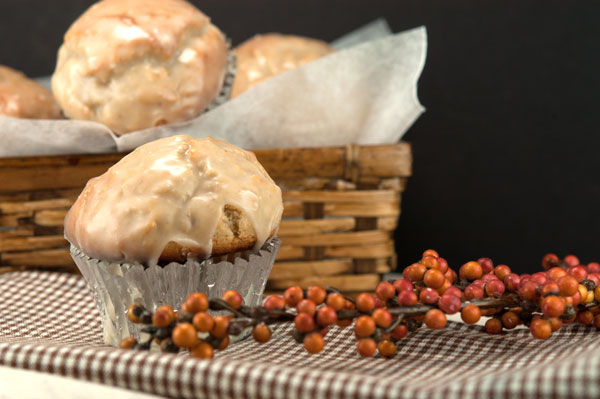 I pinned these great Glazed Doughnut Muffins from Sweet Pea’s Kitchen blog, and never got to make them. Wow! Was I missing out!

The taste and texture of these muffins (I almost said doughnuts) is exactly like a homemade doughnut! The spices are perfect (you can even see them in the close up above)! The crumb is perfect in my opinion. Dunked in the sweet glaze, and you’ve got a slice of heaven! They are that good! What’s not to like about tender muffins spiced perfectly with cinnamon and nutmeg, dunked in some sweet and slightly spice with cinnamon glaze??? They are super easy to make. I doubled the recipe as I was taking these to church, and 12 are just no where near enough. The only problem with doubling is, you can’t forget you’re doubling the recipe, and mess up with the measurements of any of the ingredients. It might not be a bad idea to write down the doubled recipe so you’ll know everything’s right.

I forgot to change my rack to the next level up in the oven, so they scorched a little on the bottom. So, make sure to raise your oven rack up one level, and watch them in the oven. They were still delicious, and that gives me an excuse to make them again next week to get it right! I added a little cinnamon to the glaze also. You could also add a little orange zest to the glaze.
Seriously, these muffins are one’s you want to make sooner than later. They are perfect for this cold winter’s day (and anytime of year) with some piping hot coffee. 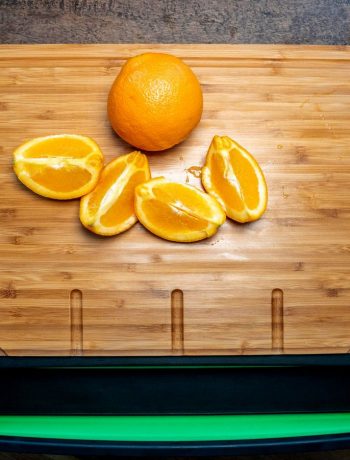 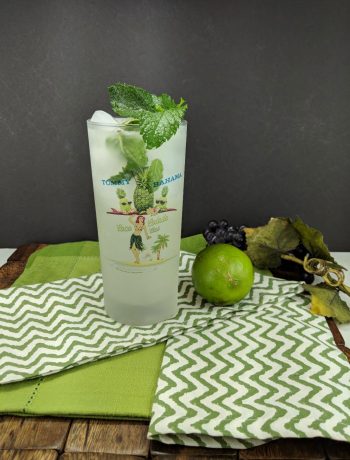 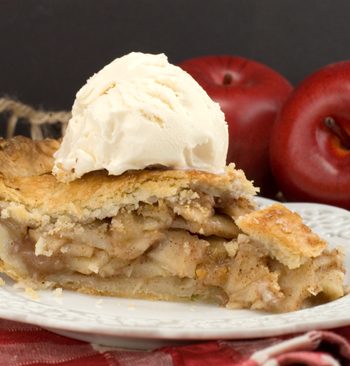