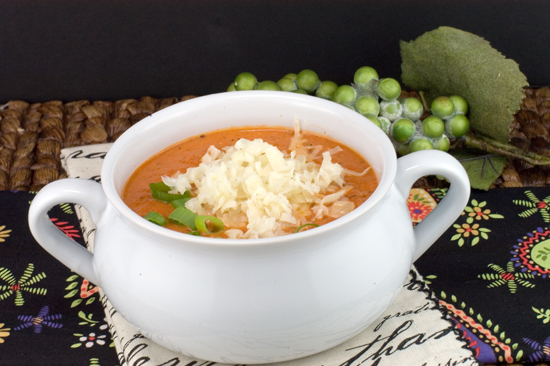 I love creamy tomato soup. What doesn’t sound good about Creamy Tomato, Basil and Roasted Garlic Soup with Asiago? When I saw this delicious soup, from Cooking Classy, I knew I had to make it. What a perfect way to make use of all those tomatoes from the Summer harvest!

I was a little skeptical of the amount of garlic in this soup, but if its fully roasted, it has a very sweet and mild taste unlike raw garlic. And it really adds depth to this soup. And of course, basil makes everything taste good, especially when paired with tomato. What’s not to like? I made the recipe exactly as instructed, and the soup came out super delicious. But even with its deliciousness, I think I would tweak it a little. I thought the soup came out rather thick. And I thought I could use the Vantia canned tomatoes in heavy juice instead of the crushed tomatoes. Also, I used Half and Half and a little milk instead of the heavy cream. And, I used quite a bit more than the recipe called for.

I roasted the garlic for more like 45 minutes, because at 30 minutes it still looked a little under roasted. I wanted to be able to slide the garlic right out of the skin. That’s how you know it’s roasted to perfection. I also added a bit more sugar to taste, maybe 3 tsp instead of 1 tsp.

This soup is addicting. I heated some up the other morning to take pictures outside, and ended up eating tomato soup for breakfast! For some reason I couldn’t stop eating it! This is weird isn’t it? 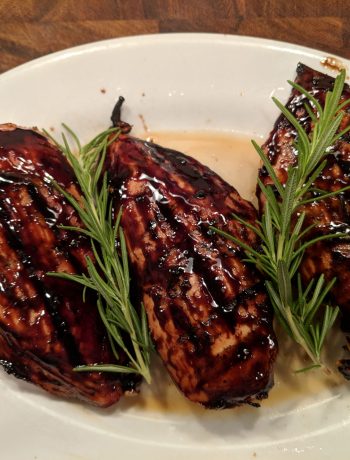 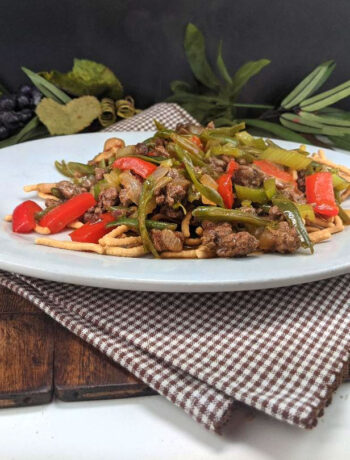