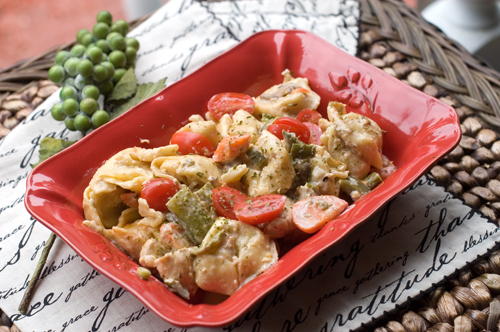 This is a great recipe for a potluck, function, or for a weekday supper. I found this on Pinterest, and tweaked it a little from the original recipe. I added a finely diced onion and garlic, where the original recipe didn’t call for it. I just think it needed it. I added the flour mixture to the onions and garlic, and made a roux before adding the chicken broth, milk and cream cheese. You can basically add any veggie, just make sure if its something that won’t cook in 30 minutes, throw it in with the tortellini to pre cook it. The original recipe called for adding the green pepper to the casserole uncooked. I found that the pepper didn’t cook when thrown in raw. I adjusted the recipe to pre cook the peppers a little so they would cook thoroughly.

I bought the refrigerated tortellini, so they only had 7 minutes to cook. I threw the carrots in 5 minutes before the tortellini was to be cooked, and threw in the sugar snap peas, 1 minute before. I took the chicken/mushroom mixture out of the pan, and added 1 Tbsp of butter to the empty skillet. Then I threw in the onions I diced with my Alligator Dicer, which makes the job extremely easy. I could never get the onions so evenly diced by hand. I also added the green pepper and sauteed the peppers and onions about 3 minutes. Add the garlic and cook approx. 1 minute. You don’t want to cook garlic too long. If it gets browned it has a horrid taste, and then you have to throw your mixture out and start again. Just cook for 30 seconds to 1 minute.

Then you mix the tortellini & veggies, chicken mixture and sauce with the cherry tomatoes and green pepper. Sprinkle in some grated Parmesan cheese, mix together, and put in a baking dish.

Cook for approx. 30 minutes and enjoy.

The tomatoes were surprisingly delicious and cooked just right, and really added the special touch to this dish. You can also use this recipe with broccoli florets. 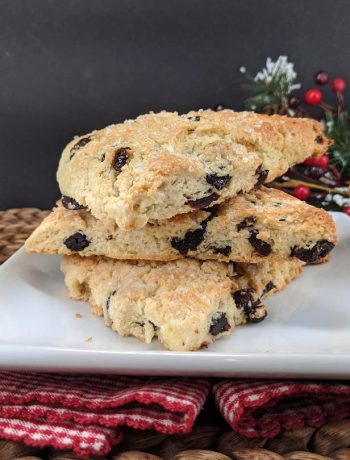 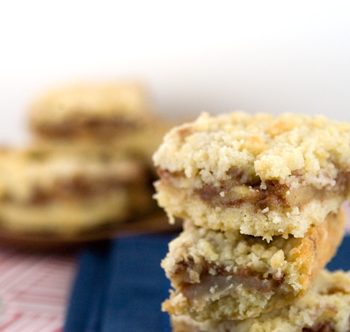