I am a sucker for coffee cakes. And, anything with apples in it. Hence, this gorgeous Apple Cinnamon Coffee cake recipe.

I am obsessed with Pinterest! In the car during long rides (no, I am not driving….), on the Ipad while watching TV (obviously I am not watching….), and anytime I have some free downtime. I find all kinds of ideas for decorating, crafts, recipes, table settings, vacations, wonders of the world, you name it.

When the temperatures start to cool, it’s the perfect time to make this coffee cake.

It’s super easy to make. Make sure you make in the 8″ springform pan though. If it were made in a regular cake pan, a good amount of the crumbs would come off the cake by the time you flipped it. And you don’t want to flip it. The springform is the way to go.The original recipe says to line the bottom of the springform with parchment. The problem is, I take off the ring and the cake is ready to cut. With the parchment, it is impossible to cut a clean slice. If you grease the pan sufficiently, you don’t need the parchment.

Mine took a little longer to cook than the recipe called for, but that’s not unusual for my oven for some reason, so I just cooked until the blade of a knife came out clean.

This cake is perfect for taking anywhere, and everyone will be astonished it looks so good! 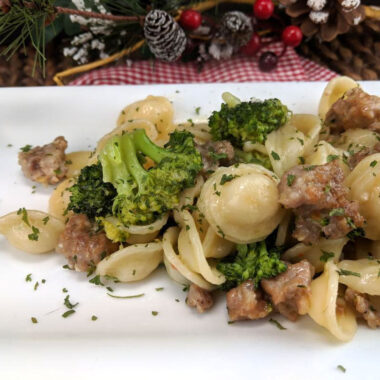 Orecchiette with Sausage and Broccoli 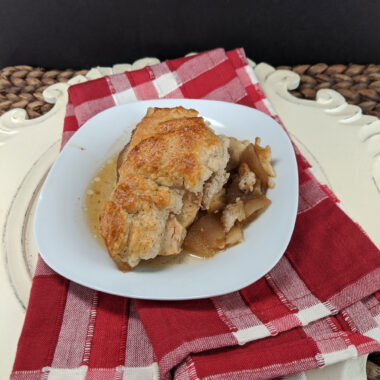