At one of my favorite restaurants (Joe & Maria’s), the chef Paul, had these stuffed peppers as a side dish to one of the specials of the night. Ever since I had them I keep thinking of them, and decided to try and make some.

Well mine certainly were not as good as Paul’s, but these were pretty good as well. Basically, you want to make a good pilaf, with lots of flavor, and then add dried cherries. The tart, chewy, cherries compliment the savory rice in this dish. Eat as a side dish or as a main dish stuffed in peppers. 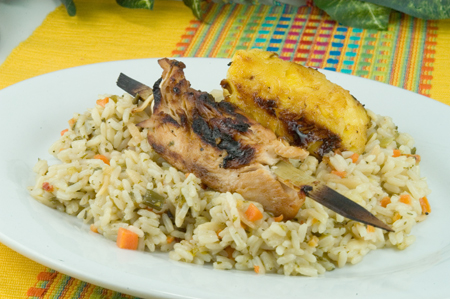