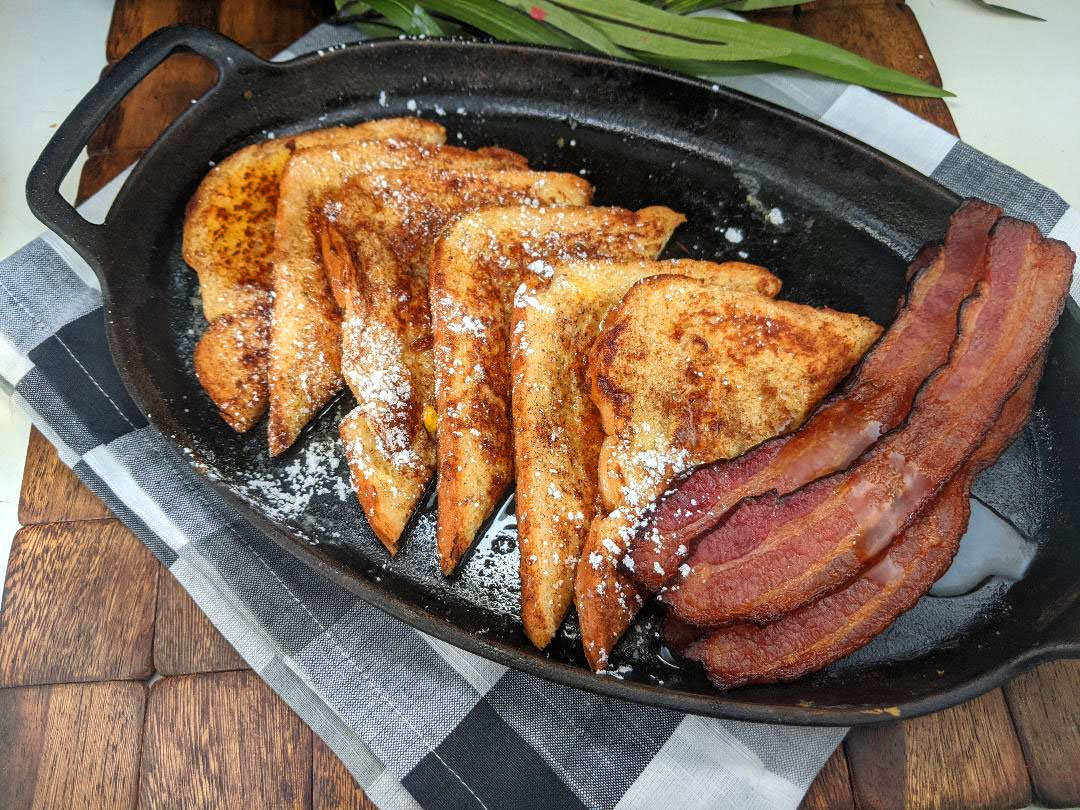 I love French Toast. But when I get at a restaurant it is usually way too “eggy”. Over the years I have adapted my own way of making it. 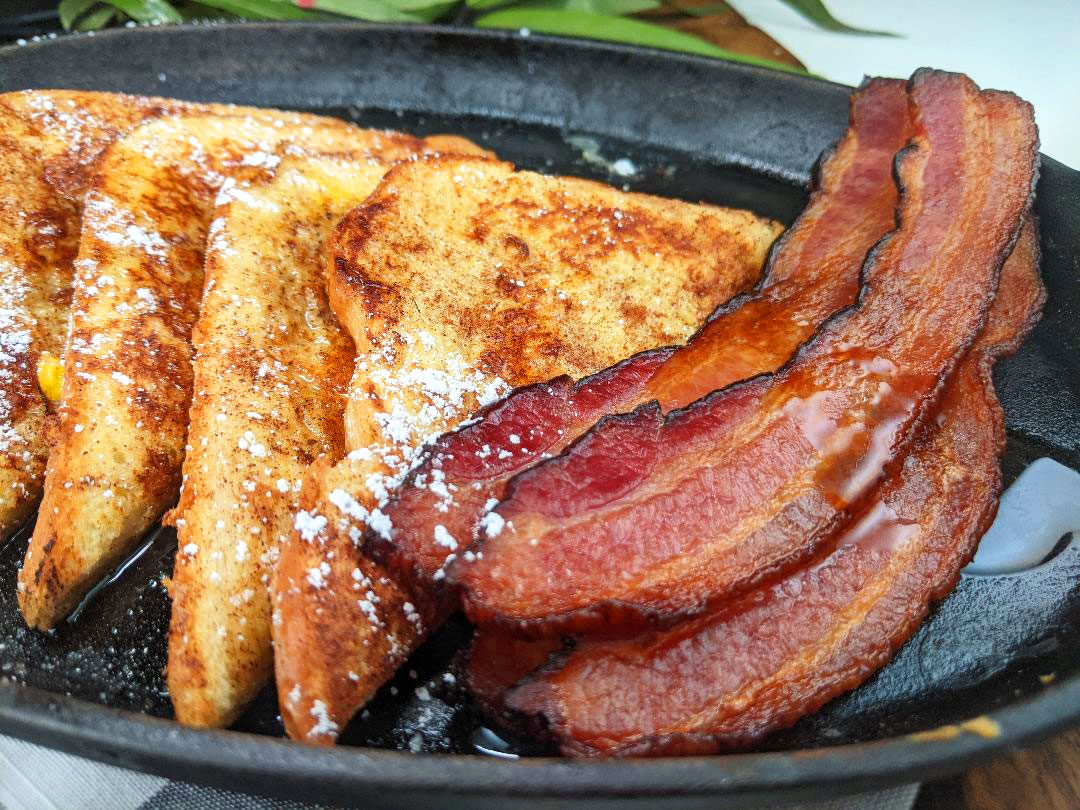 Most recipes call for using Challah or Brioche bread. Sliced really think and soaked in the egg mixture. The problem with those breads is that the bread really soaks up the egg mixture and the inside texture when cooked is almost scrambled egg like. Yuk. Not for me. 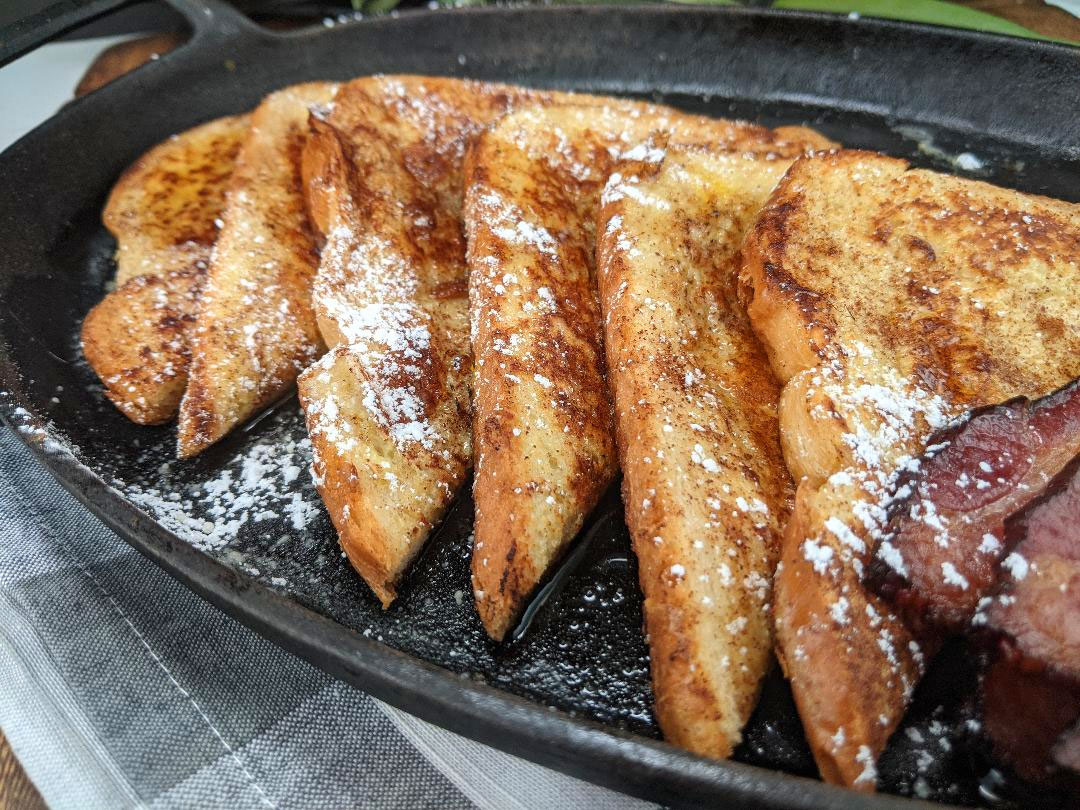 I use regular white bread and slice really thick. I then take the egg mixture and brush on the bread with a baster brush. That way I get a little of the egg flavor. I them sprinkle the slices with cinnamon.

I have been making it this way for years. Its tried and true and super easy. 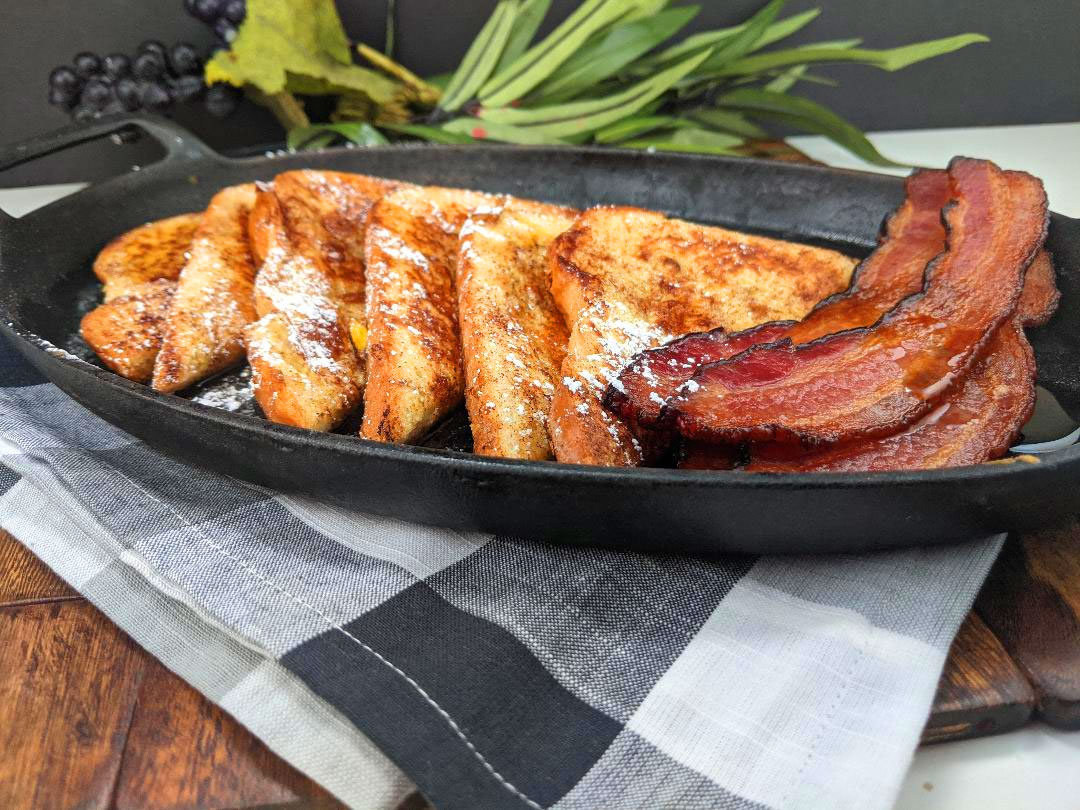 That delicious looking bacon is from Kayem. It’s fairly new and rather thick sliced. I baked it in the oven to get nice flat slices. It is super tasty, not super salty like regular bacon and is not super tough. The one I cooked was Slow Smoked Maplewood. It is super easy to make. 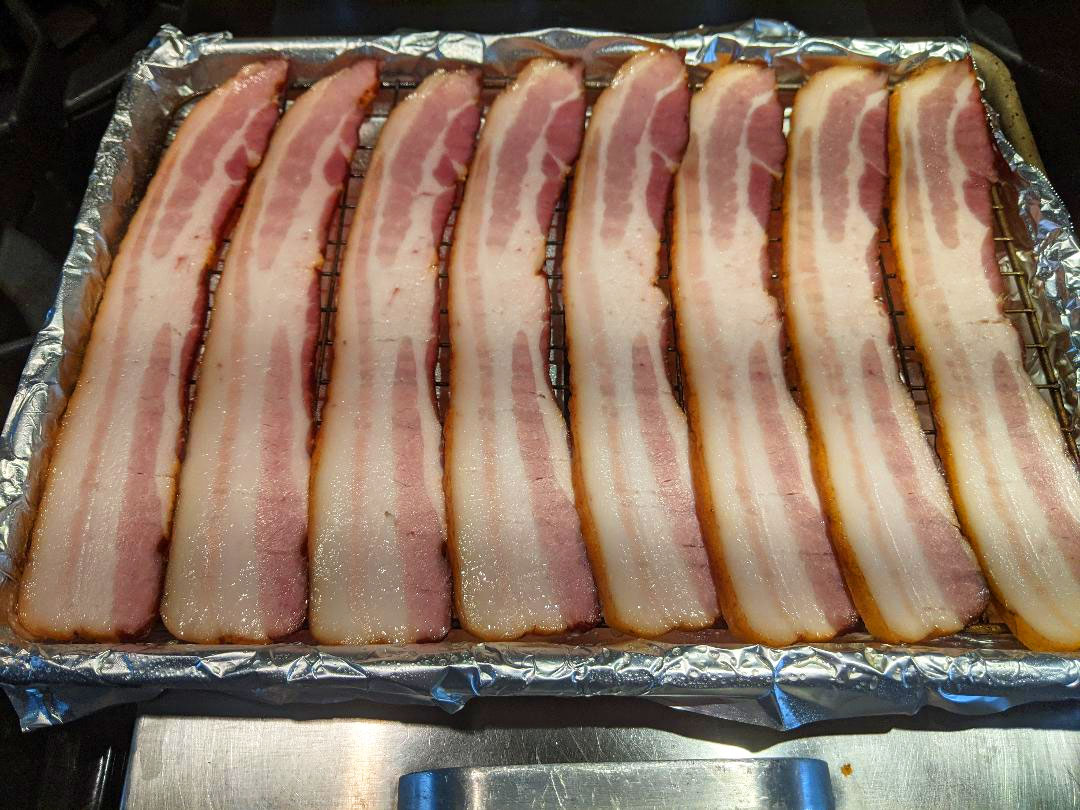 Just line a jelly roll pan with aluminum foil. Place a rack on the foil. Spray the rack with spray oil. Place the strips of bacon on the rack.

Bake at 400 degrees F for about 20 minutes for thick sliced (I like it pretty well done). 15 to 17 min for regular sliced. Although I’m certain once you try this bacon you’ll never go back to regular sliced. This Kayem bacon is crispy on the outer edges and chewy on the inside.

Here is the end result: 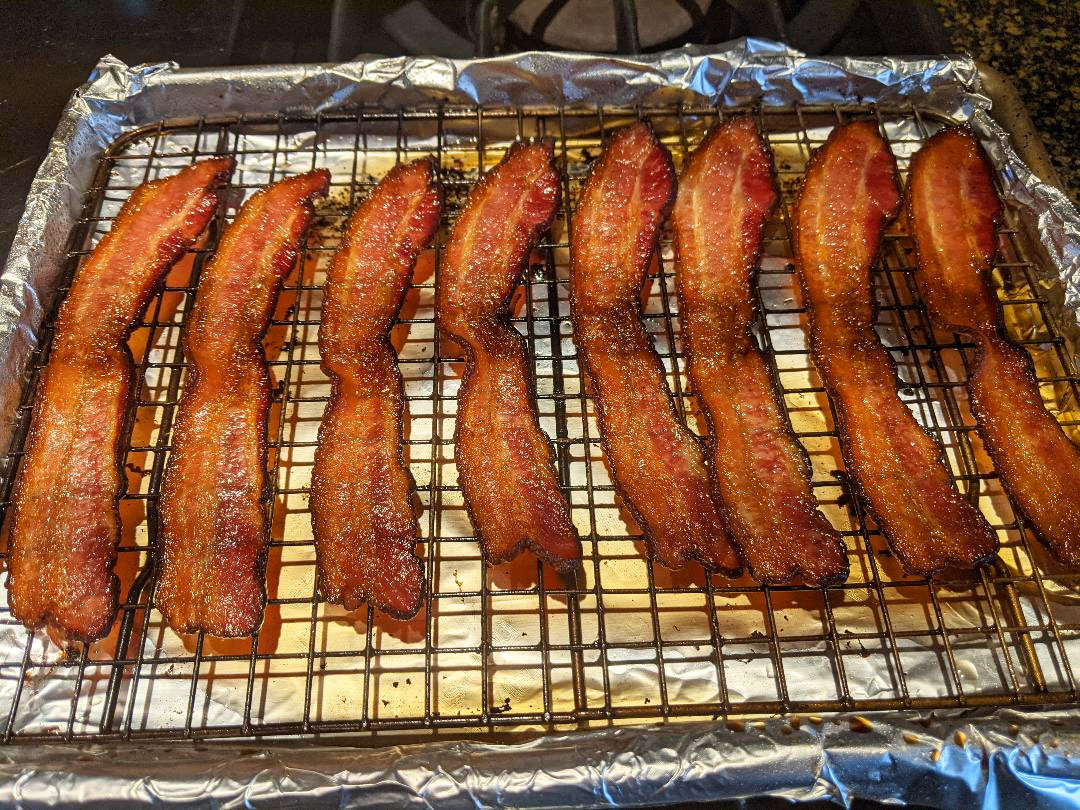 Preheat a skillet on med to med high heat. Add butter to coat.

Baste one side of the 4 slices of bread with egg mixture.

Place egg side down in the skillet. While the toast is cooking, baste the other side of the bread with egg mixture and sprinkle with cinnamon.

Flip slices when browned and brown on the other side.

Serve with a dusting of confectioners sugar and real maple syrup.

Can keep warm in a very low oven until ready to serve. 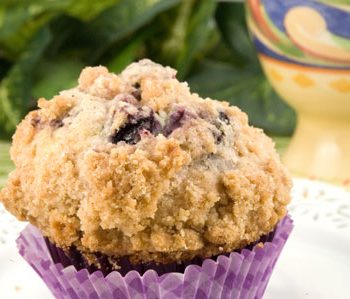 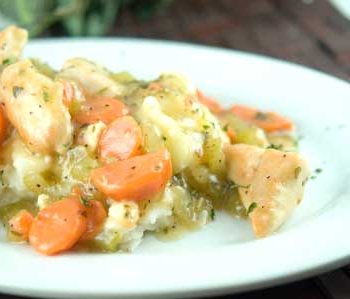