I just tried out this recipe from Cooks Illustrated magazine based on the ever popular Betty Crocker’s “Impossible Pie” from the 70’s. I was really good and perfect for a breakfast or brunch, or even a light supper with a salad. I added some minced onion to the potatoes mixture when sauteing, as I felt the recipe needed it. I also added some dried parsley and ground pepper to the batter mixture. One important point that I found out when making this though… prepare springform pan as directed, but also wrap the entire bottom of pan and up the sides with foil so the drippings don’t burn and smell up your house. The recipe tells you to put the pan on a baking sheet, which protects your oven, but still leaks on the pan and burns, which ends up leaving your house with that burned oil smell.  The basic idea of lining the bottom plate of the springform pan with foil is so it will easily release from pan. I think in doing that, the seal is not as tight when clamped, and the grease coming from the sausage leaks all over your oven.

Preheat oven to 425° F. Line the bottom plate only of a 9 inch springform pan with (preferably nonstick) aluminum foil and tuck foil underneath pan bottom. Put springform pan back together, and spray with non stick cooking spray. Wrap bottom and sides of springform pan in foil.

Whisk eggs, milk, 1/2 tsp salt, pepper and parsley, in a bowl until well combined. Stir in flour, just until incorporated (mixture will be lumpy). Whisk in butter until batter is smooth. Stir in scallions and set aside.

Toss potatoes with 1 Tbsp water in micro safe bowl. Cover bowl with plastic wrap (cut a few holes to vent), and micro on high for about 3 to 4 minutes, or until they just begin to soften. Meanwhile, cook sausage in large non stick skillet over medium heat, breaking up clumps with wooden spoon, until meat is no longer pink, 5 to 6 minutes. Using slotted spoon, remove from pan and spread evenly over the bottom of the springform pan.

While potatoes cook, place springform pan with sausage in oven for 10 minutes. Remove pan from oven and, working quickly, sprinkle half of the cheese over sausage and pour batter evenly over filling. Scatter potatoes on top and sprinkle with remaining cheese. Bake until puffed and golden, 25 to 30 minutes. Remove pan from oven, run knife around edges of pan, and let cool 5 minutes. Release outer ring and, using spatula, transfer casserole to serving plate. Serve. 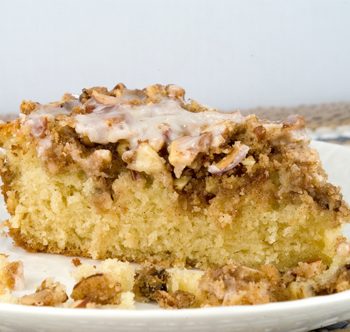 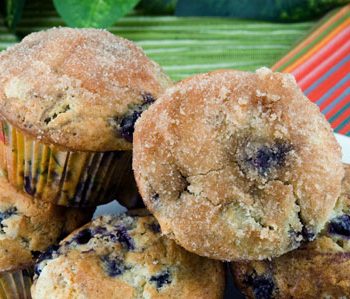