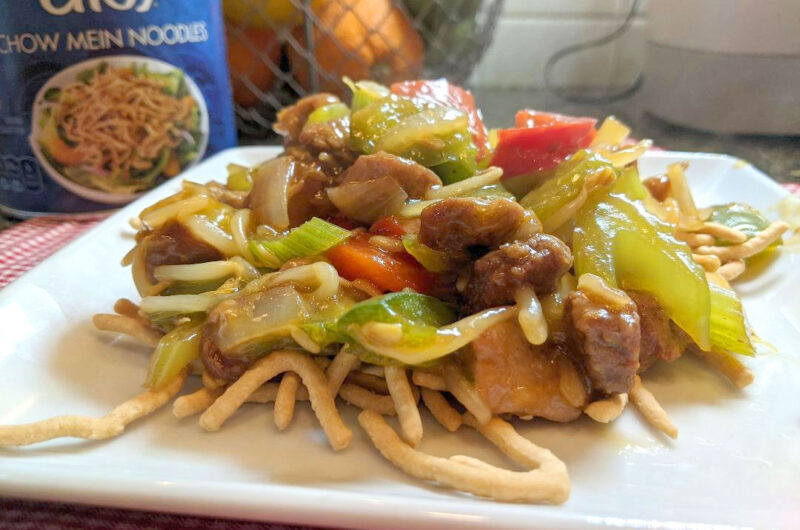 I grew up on this recipe for Mom’s Pork Chop Suey. My Mom is 94, and was brought up to cook with what they had on hand. Grocery stores were not on every corner as they are these days, and money was in short supply. 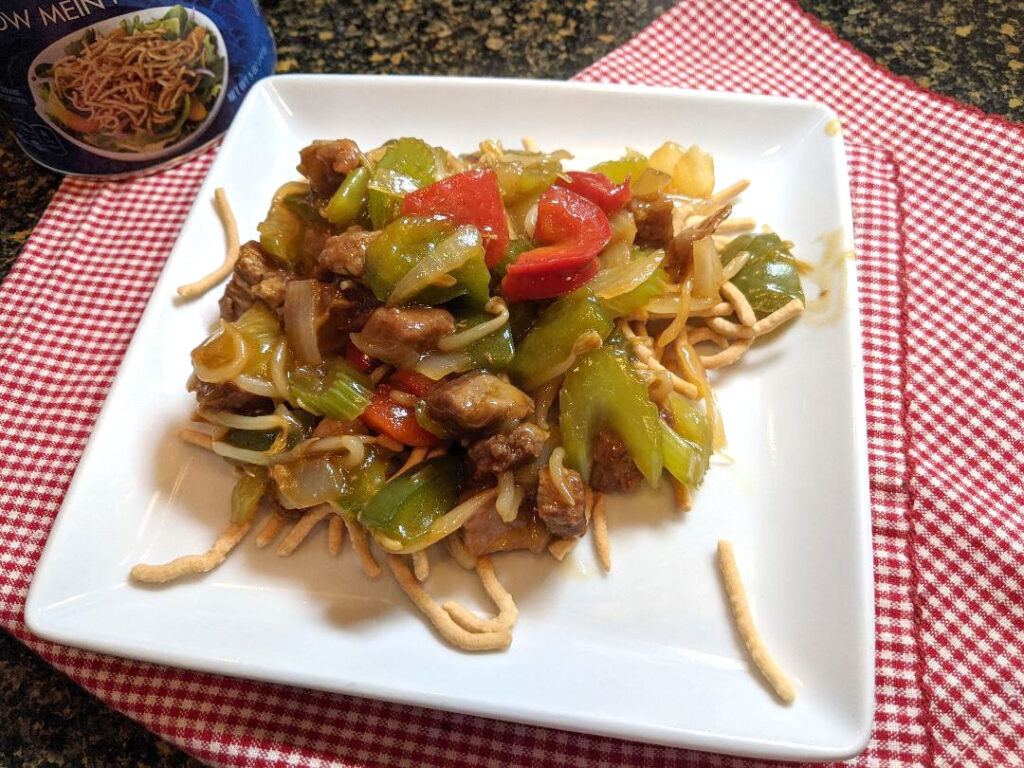 Many of the recipes I publish here are meals I remember growing up; Hamburger Stew, Chicken Stew, American Chop Suey, and now this Pork Chop Suey recipe. They are simple, easy to make, and super delicious. The mindset was different in those days. It was something like one of those food shows that they give you a few ingredients and expect you to make something from it. These days we see a published recipe and run to the store for the ingredients we don’t have.

This Pork Chop Suey is derived from the North Shore of Massachusetts. They are a big thing in Salem Massachusetts and a big thing when I was growing up. They are still sold at two takeout stands at the Salem Willows Seaside Park in Salem, MA. The Chop Suey sandwich is often associated with Summer for the people of Salem who recall the lunch wagons rolling out to serve beachgoers and visitors to the casino, the pavilion, the carousel and Restaurant Row. Woodman’s of Essex, MA also offers Chop Suey sandwiches.

Some say they came from Chinese American immigrants working on the railroad. Another myth is that, in the 1860s, a Chinese restaurant cook in San Francisco was forced to serve something to drunken miners after hours, when he had no fresh food. To avoid a beating, the cook threw leftovers in a wok and served the miners who loved it and asked what dish is this—he replied “chopped sui”. Although there is no final evidence were Chop Suey came from, I will attest that it is delicious! 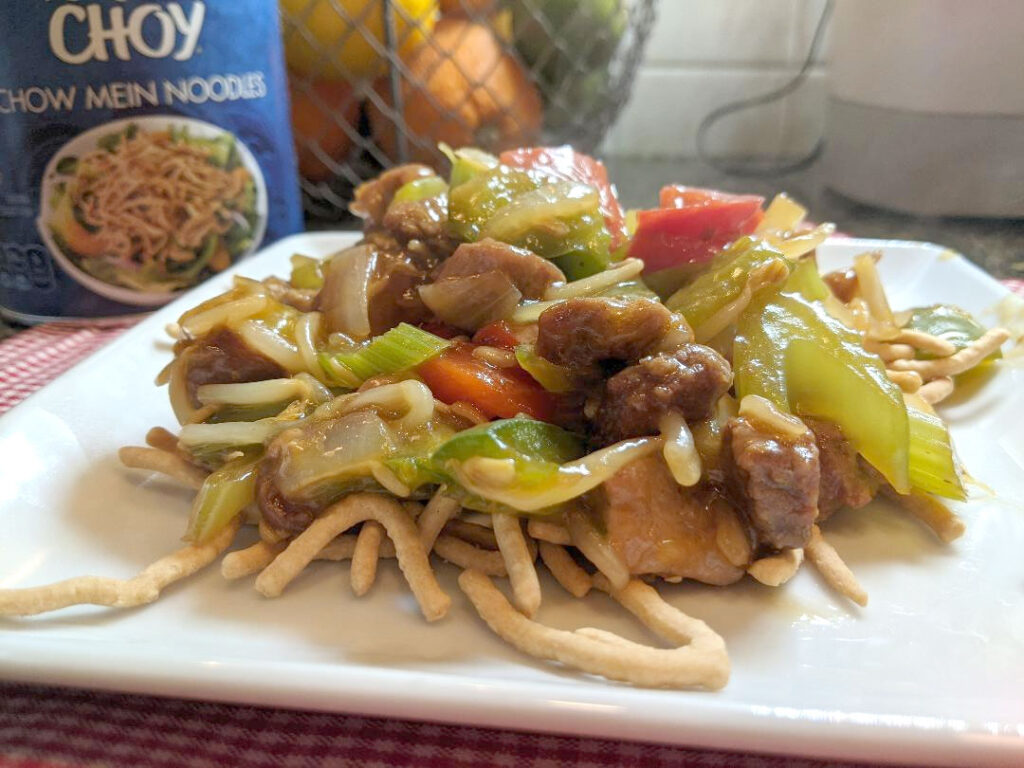 Chop Suey is a blend of browned pork tenderloin, beef or chicken, onions, celery, bell pepper and bean sprouts cooked in a thickened soy gravy and served on a hamburger bun. I have always made mine from Pork. You can also use beef or chicken. I have made it with fried pork chops as my Mother did, but think the pork is too tough. Now I make mine with pork tenderloin. It is not very expensive and the results are far better than the pork chops if you want the meat to be tender. I just slice some slices off of the tenderloin, dice and saute in a little oil until browned in a fry pan like you would pork chops. I use a wok that is not non-stick as I like the browned fond stuck on the pan. That fond will give you some fabulous flavor.

This chop suey has a ton of flavor. It comes from the browning of the meat, and the delicious flavor of the peppers, onions, celery and soy sauce. This is so good you’ll go back for more, and want it for lunch the next day.

Making this is super simple: 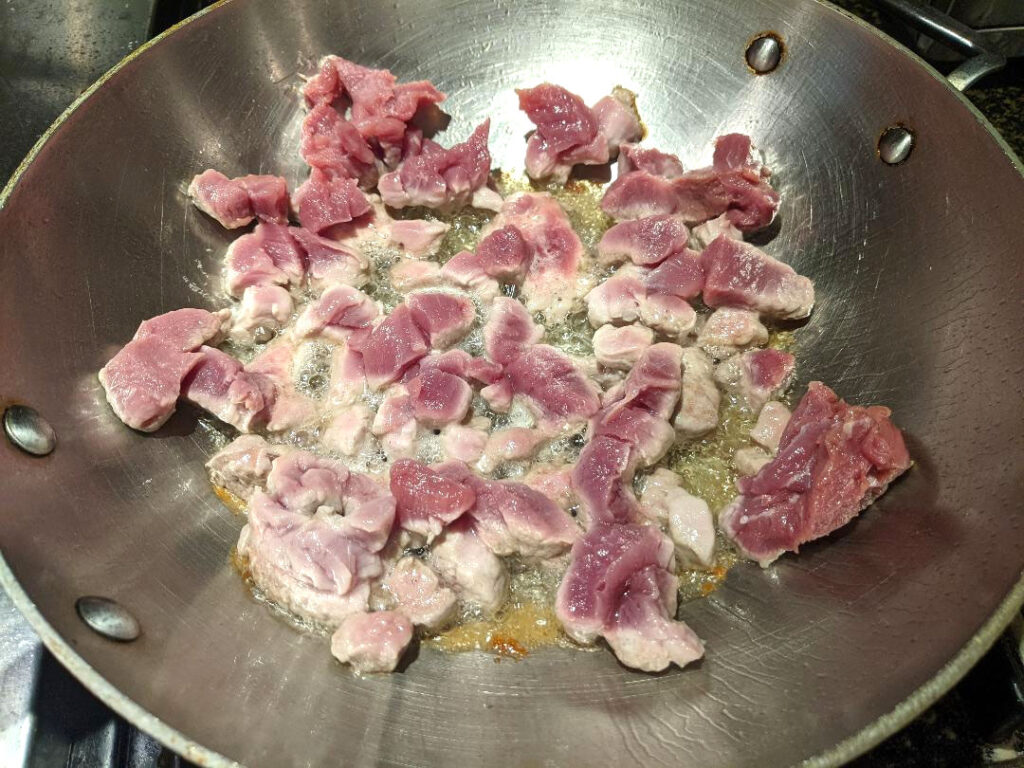 In a wok or frying pan, brown your meat on med high or high heat. 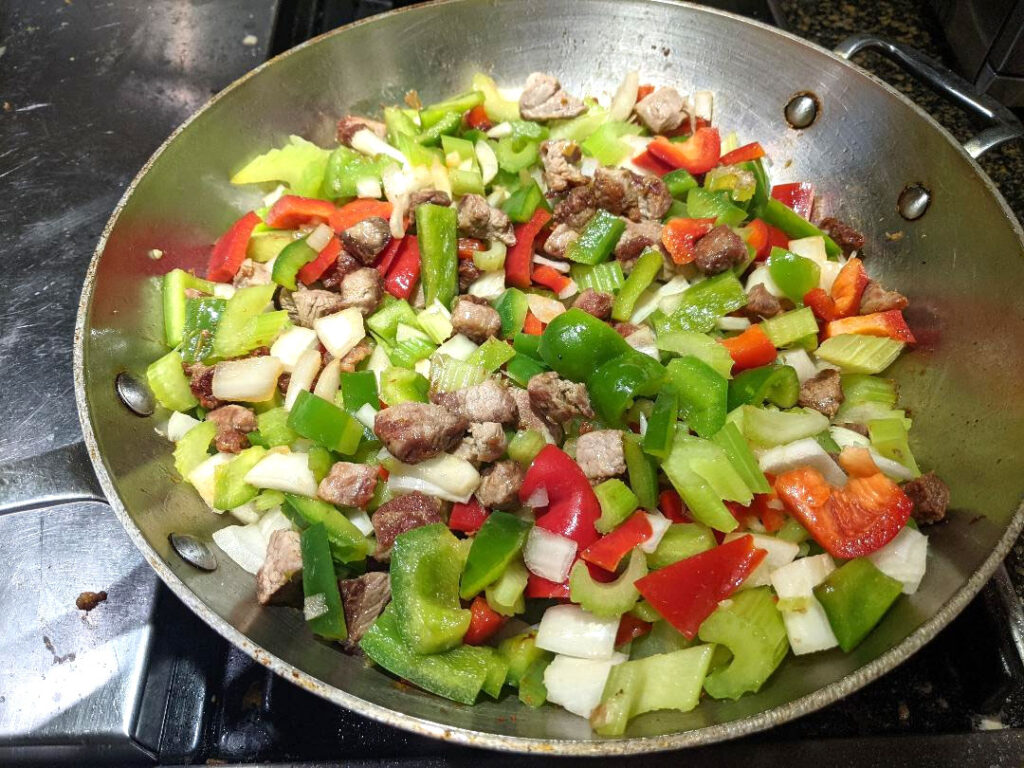 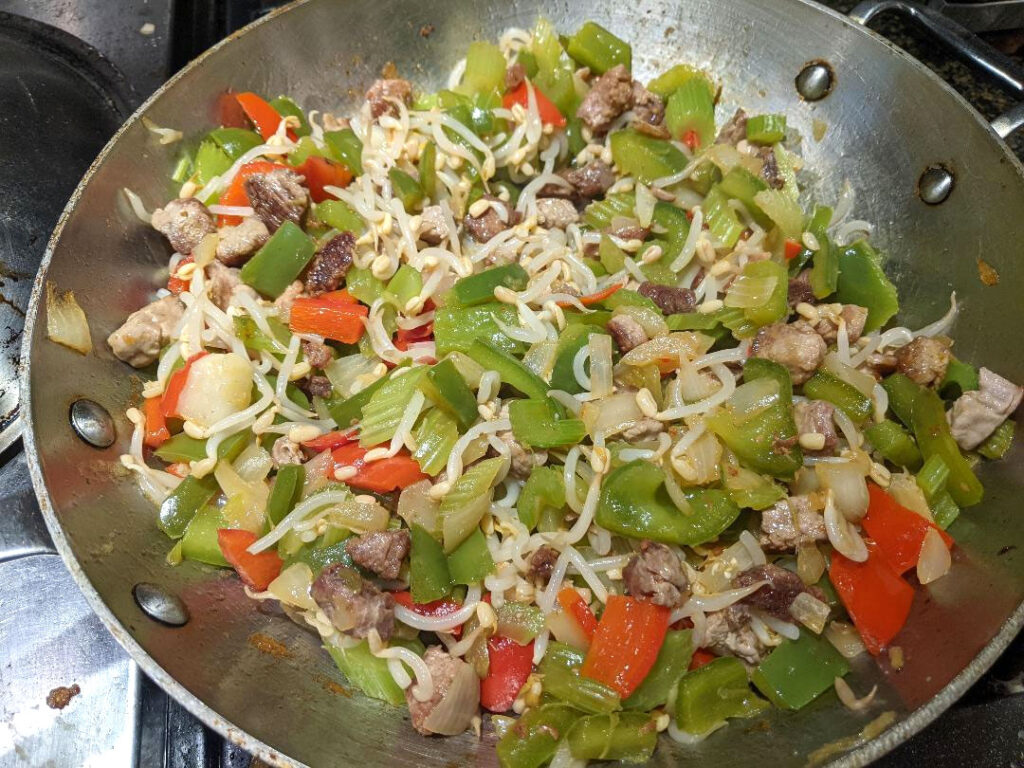 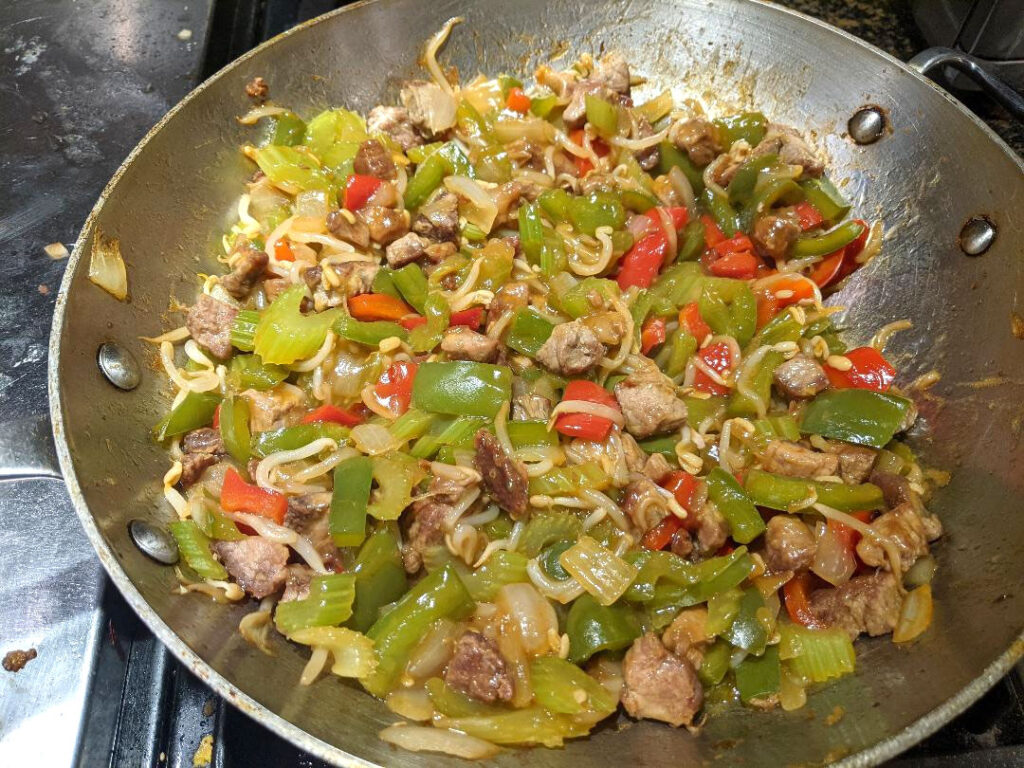 Add cornstarch mixed with a little water to thicken mixture.

This is something I grew up on. It is commonly served over crunchy chow mein noodles or on hamburger rolls.

Over a medium high to high heat, add oil to skillet. Add pork tenderloin to skillet and cook until lightly browned all over. I cover skillet so pork cooks through better and grease doesn’t spray all over the stove. Remove any excess oil, but leave meat in the pan.

Add the chopped onion, peppers and celery and stir fry for a couple of minutes. Do not brown vegetables (they may have a brown color to them due to the fond in the pan from the pork, which is OK). Add 3-4 Tbsp soy sauce. Cook over low to medium heat, until vegetables are cooked but still crisp. In a separate combine bowl or cup, combine cornstarch, soy sauce, and about 1/4 to a 1/2 cup water. Stir to combine.

Add cornstarch mixture to vegetables. Cook on medium heat until thickened, stirring occasionally. Add the bean sprouts and heat throughout.

If mixture is too thick, thin with a little water. Not thick enough, add a little more cornstarch mixed with water to the mixture.

Serve on hamburger rolls, over chow mein noodles, white rice or all by itself. 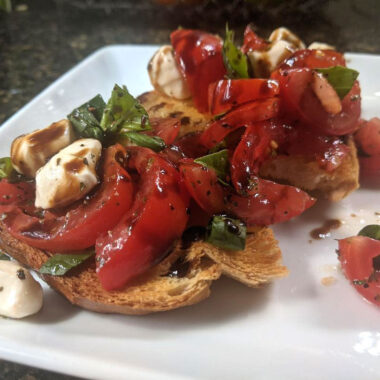 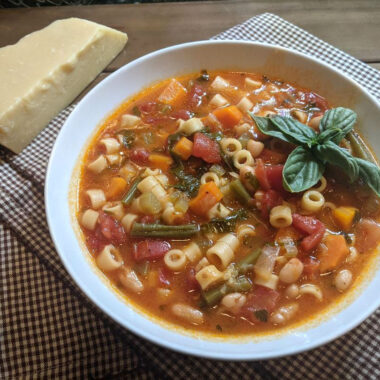