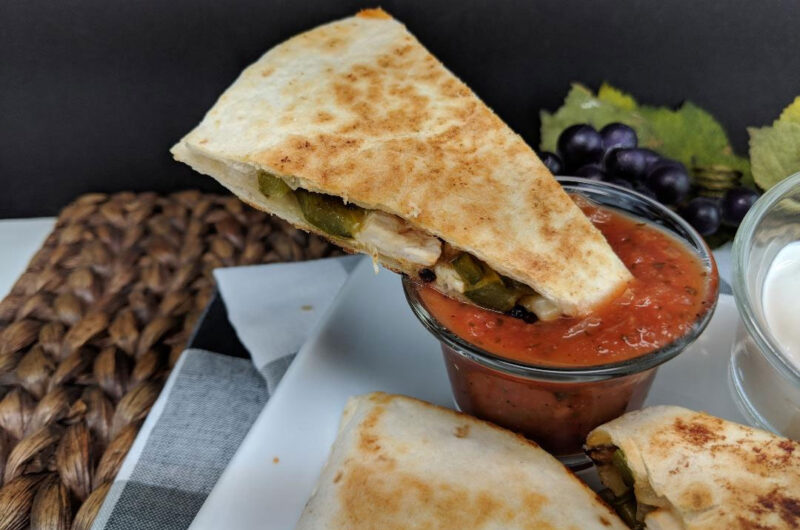 After a hard day at work or with the kids, sometimes you just want an easy and fun dinner. Chicken Quesadillas! I’ve ordered these out in restaurants many times, but none are like the ones I make. I put chunks of chicken, sauteed strips of green bell pepper & sliced onions, and gooey Monterey Jack cheese melted everywhere. Yum.

Just saute some peppers and onions (or anything you want in your Quesadilla), cut a boneless chicken breast into long strips and cook in a skillet until lightly browned (they cook very quickly). Then your ready to assemble your Quesadilla. Fold over and cook until tortilla is lightly browned. Cut into wedges and serve with sour cream and salsa. Full of peppers, chicken and cheese, these are perfect for a snack, appetizer or dinner!

Saute sliced peppers and onions in a 12″ skillet with a little oil on medium high until cooked and slightly browned.

Clean out the same pan and add a little oil in pan and saute chicken breasts on medium until browned and cooked all the way through. Slice into thin slices on the diagonal.

Clean out the same pan that cooked the pepper mixture with a paper towel. With the light on medium low/medium, spray with cooking spray. Take one tortilla and lay flat in pan. On one half with of the tortilla, start with sprinkling some cheese. Add pepper mixture, sliced chicken and more cheese on the top. Fold the empty side of tortilla over the filled side. This way both interior sides of the tortilla has cheese to stick the tortilla together. Cook on medium until lightly browned; flip and cook on the other side til lightly browned.

Remove to a cutting board and cut into wedges with a large knife.

Repeat with remaining tortillas and ingredients.

Serve with salsa and sour cream. 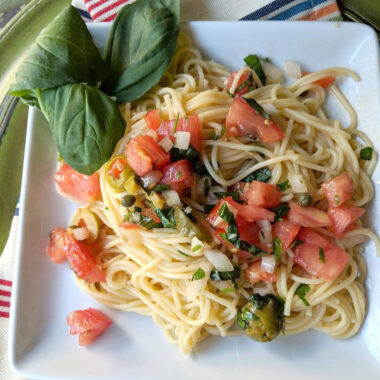